The Kirmuss system should not be seen as simply a record cleaning machine, it is a professional grade archival system that has been made affordable to anyone wanting to preserve or restore their vinyl collection and as such thoroughly deserves Hifi Pig’s Oustanding Product award.

"To say that I was pleased with the performance of the Kirmuss was to issue a laughable understatement. The KARC-1 not only removes troublesome noise efficiently, to give new life to your vinyl, it also provides a level of sonic transparency that is truly astounding. Once you hear the effects yourself, you’ll realise that you’ve never actually heard your record collection. Not properly.

As such, I have to declare that the KARC-1 is the best record cleaner on the market. Bar none.​" 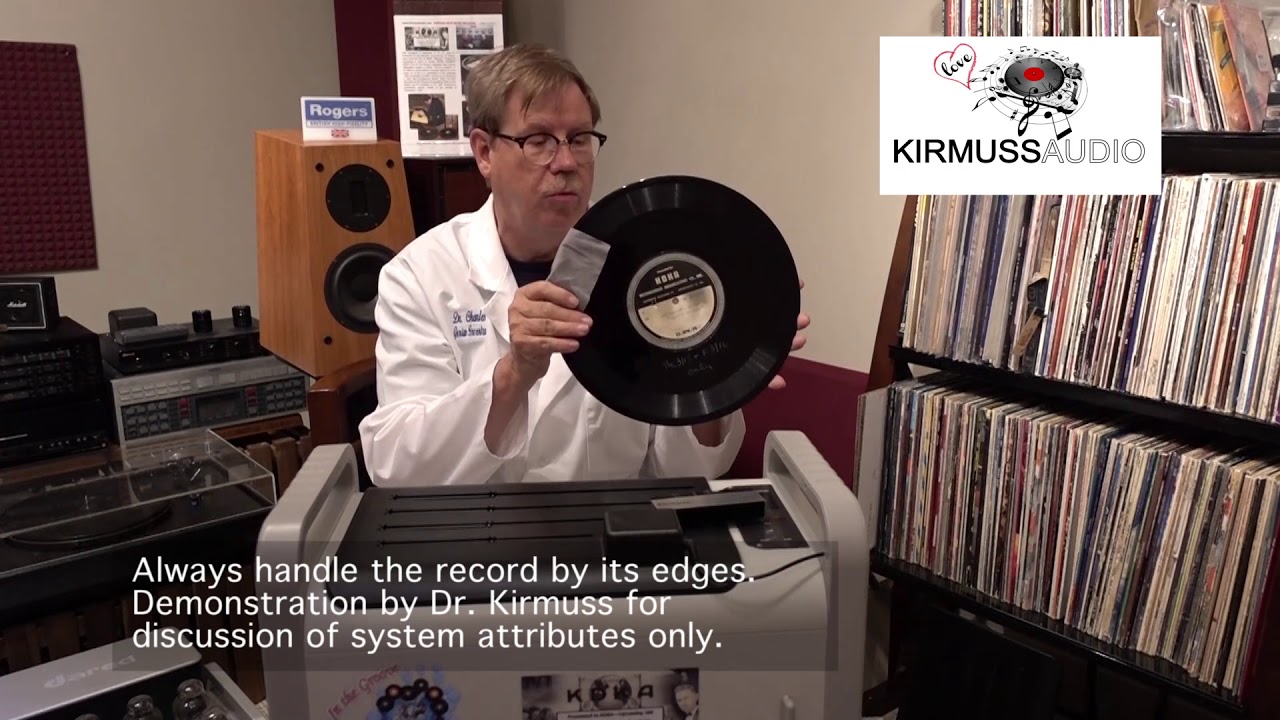 About Charles Kirmuss, the Inventor

Part of his portfolio, he is a respected speaker at various Global Sources Trade Show Events worldwide due to his extensive knowledge on the subject of overseas product procurement, quality control, IP Ptotection  and manufacturing.

As an audiophile that is passionate about analog audio, he has leveraged his overseas contacts and has first introduced his bespoke cables and connectors in 2016, and the KA-RC-1 in 2018.

Now with over 2,000 systems sold in North America in 2019, the KA-RC-1 Ultrasonic Record Record Restoration System  has been recognized by record custodians and expert reviewers as well as audiophiles alike as a RECORD GROOVE RESTORATION SYSTEM and not just a record cleaner.

Charles Kirmuss has been involved with audio first as a hobby since the age of 6 years old; building speaker enclosures and tube amplifiers! Every Friday, in his high school years he took the Metro and walked 4 miles down Montreal's famous Ste. Catherine Street from one end to the other, visiting the half dozen audio shops and ending his weekly store visits at The Audio Shop until closing time.

At Man & His World in 1973 and 1974 Charles had the chance to run the SPECTRAPHONIA sound and light show featuring a tape driven 26 channel colour organ with 26 - 100 watt McIntoshLabs amps.

Having built colour organs and audio equipment through the years; in his professional career he has pioneered the design and manufacture of RF GPS Situational awareness terminals for Icom America, audio and video signal cables for his own circle of clients, as well as digital video and audio recorders and servers for Homeland Security use as an OEM for companies such as Ikegami and Hitachi of Japan as well as US based companies Vicon Industries and DigaNet. Of late he manufactures smart intelligent batteries and chargers  for leading two way radio manufacturers visible at every US airport and is leading the charge for LED lighting solutions for greenhouses.

He holds several Patents. He is truly PASSIONATE about what he does and now considers himself a "VINYL NERD"!  ...And HE LOVES IT! The record restoration product has received global acclaim and has surpassed his other divisions in sales. 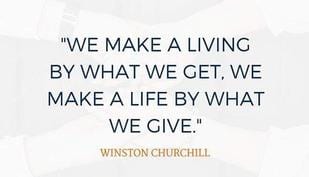 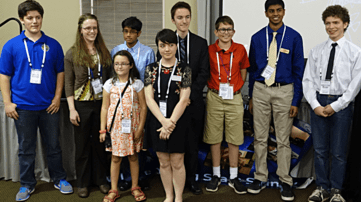 Charles Kirmuss is a Director of the Radio Club of America and he also volunteers as Director for Rampart/Adams Country Search & Rescue and is a fervent supporter of Carole Perry and the RCA Youth Forum and RCA Youth Activities program. He was also Past Chair for the RCA Awards Committee.  He was elevated to RCA Fellow in 2018. Both KirmussAudio and Charles provides the stipends since 2012 for the RCA Dayton Youth Forum Finalists.

From our CABLES to our AWARD WINNING Vinyl Cleaning and Restoration System!

We, at KirmussAudio are passionate about our products and our customers. We are first and foremost audiophiles who believe that we have introduced products that were made with NO compromises. DESIGNED BY AND FOR AUDIOPHILES.

THE KIRMUSS AUDIO RABBITS SAL, SALLY AND A HOST OF OTHERS!

Let's have some fun while working! Our mascots of Ikea Fame are part of the Kirmuss Audio family too! As a matter of fact, we've dedicated a page to our travelling mascots. Found here, they travel the world. We encourage our clients to see just how much fun these rabbits can be and to share pictures with us! 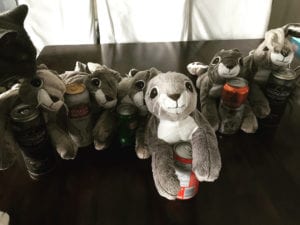 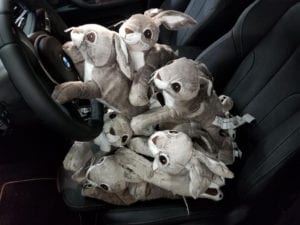 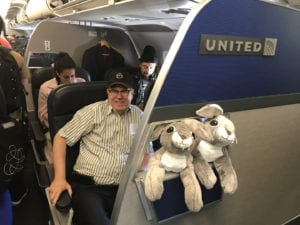 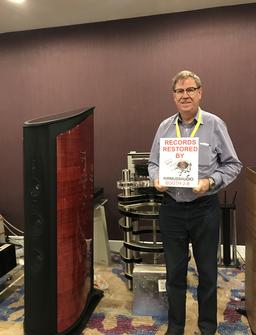 An Audiophile since 1968, he is someone that is passionate about audio and who truly  believes in providing affordable solutions and technology. Holder of several patents and speaker at the Global Sources Hong Kong Electronic Shows since 2007, he introduced his Ultrasonic Record Cleaning and Restoration System at a price that is several thousands of dollars BELOW other ULTRASONIC Cleaning Machines at Axpona 2018!  A year later, 2019, now over 2,000 sets have been sold in North America alone.

The kicker is; this machine is actually SAFER for Vinyl and simply does a better job than ANY other Ultrasonic Machine or other process that is currently sold.

And YES, we can prove it!! Check out our ads and pictures taken with our 2D/3D Microscope!

This innovation makes record restoration available to everyone at a reasonable price. ​ It does not just surface clean as others try, the KirmussAudio Model KA-RC-1 revolutionizes the way we RESTORE records by removing the record's release agent found in the grooves of both newly pressed or vintage vinyl. It is here where the pops and clicks are found, originally microwelded into the release agent by the heat created by the dyne of the needle making contact with the record. Once removed, ah, the breath of the artist is felt and heard!  ...Just ask Michael Fremer of Stereophile! A Year of Testing. "Enthusiastically Recommended". (July 2019)

Recognized by The Absolute Sound in 2020 as a Recommeded Accessory, unlike our peers: QUOTE: “Billed as a record restoration device,  (not just a cleaner), you’ll be rewarded with a more spacious soundstage and truer  instrumental timbre.”  (March 2020). No one else has received such an accolade.

WHAT'S SO DIFFERENT?  While cleaning processes and machines cannot  fix damage to records caused by prior use, handling, cleaning, storage etc.,  and where we will at times hear  sounds that are amplified after a cleaning, we will deliver "the music"  that was hidden in the grooves by removing films left over past cleanings as well as the release agent from the record's prodution.   Our solution is based on multiple cycles using an ionizing agent that is brushed onto the record and into the grooves, this over multiple repeated apllications.  This spray/ionizing surfactant has to be sprayed onto the record.  This change the charge of the record to differ from that of the charge of the distilled water in the machine's basin. It has to be repeated as the ionizing surfantant gets washed off in about 3 minutes, returning the charge of the record to the like of that of the water, thus, no appreciative cleaning action by the ultrasonic. Keeping a record in any sonic for hours will not result in "deep cleaning".    Without this patented process, we are the same as all other cleaning systems,   with or without a soap found in the basin.

In our design: First and foremost; the Patented record suspension system assures that the grooves of records of all sizes (7", 10" or 12") are safely contacted by our process.  We do not use skewers that have been prone and known to damage the record labels. We do not use a frequency higher than 35 kHz as this is the "sweet spot" which won't damage the grooves. Spacing of records is critical. Any closer (more records per 6 liters of water), the negative affectation of standing waves reduces the effect of the ultrasonic's cavitation reaching all record grooves. We make contact with all the grooves and do not wet the record's label.

Our "bath" (which comprises of 6L of distilled water with a maximum of 40 ml (1.4 oz) of ISA 70% solution) is the medium to take advantage of ultrasonic cavitation. The 70% IPA is used not necessarily as a cleaning agent, although it may assisit in the first cycle to remove fingerprint oils, rather, it is used to kill off live or domant fungus that comes off the record in our process.  Cavitation generates heat and  unlike other sonic processes, we  signal an alarm at  105 degrees Fahrenheit... Other Sonic manufacturers do not take heed.   Sonics generate heat through kinetic energy, and most if not all continue to operate and then warp records.  Again, our processes have all been studied and measured to optimize record cleaning and  groove restoration while being SAFE for your vinyl.

Our Patented Procees sees one apply an anti-bacterial ionizing surfactant (supplied with the machine) by way of a goat hair brush (also supplied with the unit) onto to the record and into the record grooves.   All ultrasonics need a surfactant to aid in  attracting the created plasma wave to  make contact with the grooves, to better clean and remove contaminants as both the record and water hold the same charge.  They need though to be applied onto the record to take effect.  Our process actually changes the charge of the record.  Just simply using a cleaning solution poured into a machine's tank does nothing to see grooves cleaned!

AS TO DRYING:  As a restored record comes out virtually dry, no air, vacuum drying required. A record with films, contaminants and original release agent of 70 years ago or 1 month ago removed sees the record come out virtually dry. Any remaining droplets of water are wipes off using the suppliued lint free optician's cloth, then the groove walls are polished by the parastatic felt. Therafter the charge of the reciord is neutralized by the  polishing process as described in the manual and videos.

The ionizing spay is also an anti fungal agent which is another common issue with older LP's. Our machines are SAFE and bear the ETL's rubber stamp (ETL tests products to UL, CSA and CE standards).

Finally; Affordability! Everyone can enjoy their collection; Restore and Maintain it without breaking the bank to do so!  With contaminants and release agent removed, do buy and collect used records found at garage and estate sales. Many are first and second pressings! Live the ORIGINAL!  Surface scratches in most cases are no longer heard as the needle now "hits the pocket" properly. Ultrasonics by themselves are not worth the "Many"  several thousands of dollars as seen in the marketplace. At $970 USD for the US Model, we guarantee your results. 1.3 to 4+ dB gain over floor after record groove restoration.

Saying "Goodbye...Sayōnara" to a good friend

It is with a heavy heart and much emotion that I share with you where I have recently lost one of my closest and dearest friends; Mr. Yoshi Yoshikawa, this past September 2018, whom I affectionately called "Pizza Man". He is recognized in Japan for bringing thin crust Italian Style pizza to Japan some 29 years ago. I met him 28 years ago. He transformed his laundry shop into a pizzeria and brought  in a wood stove that was made in Italy to Japan. When in Japan on my many visits I would dine at his pizzeria every night, that is how good his pizza was. Added his lasagna and mussels! Not to be missed, he is the  Inventor of the “fruit” and “ice cream pizza”.  Yoshi was a man with a dream, he wanted to make true Italian pizza for the people in Japan to enjoy and has been recognized for his culinary art. His hobby was music and played the trumpet. Before his passing he came out of hospital to allow me to visit with him and show me how to make a Neopolitan style pizza. He left this world and those that visited him with souvenirs of his warm hospitality and wonderful personality. Check out his site http://pizza-df.com/

Coincidently his younger brother, Yoshi Jr. started as our Sales Manager for Japan 3 years ago. 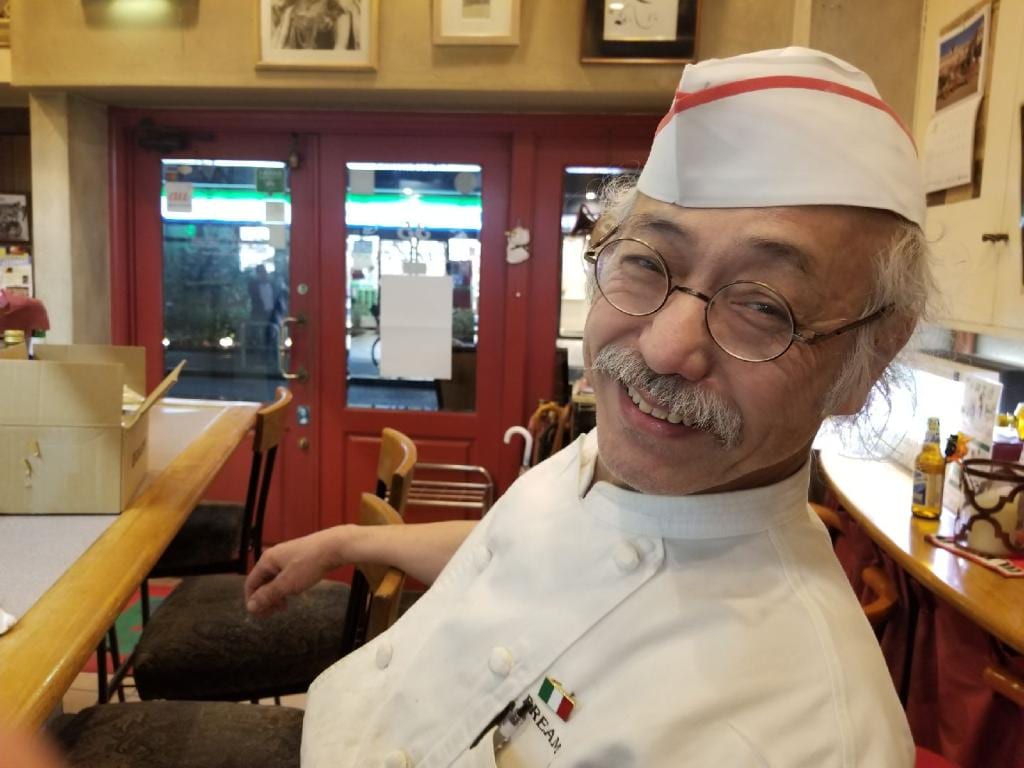 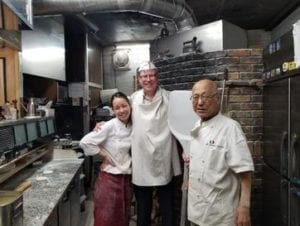 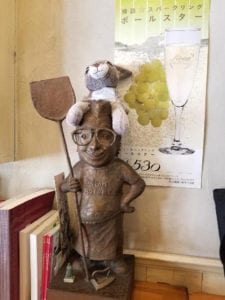 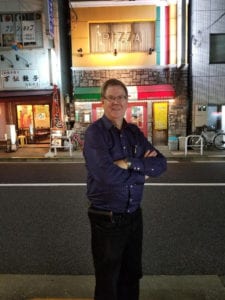 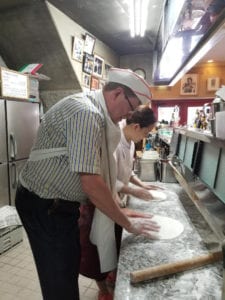